What do laundry baskets, footballs and kids bubble sets have in common? 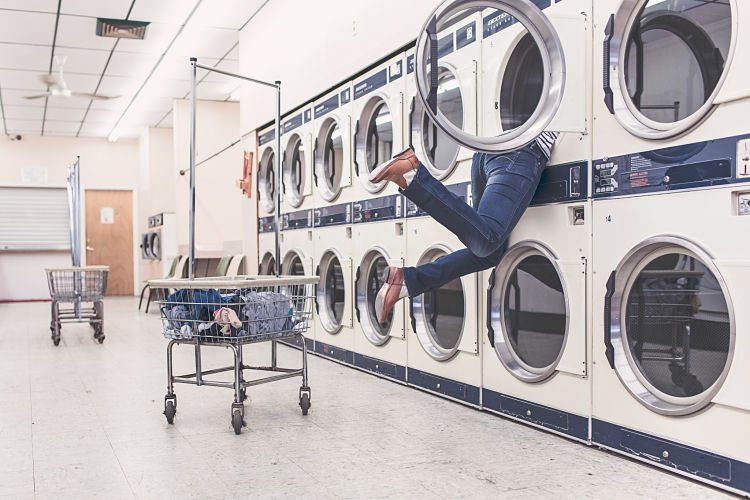 I know my subject line sounds like the beginning of a bad joke, but actually those three items I’ve mentioned above could be just what you need!

I frequently receive emails from people who are just starting out on their online selling journey and the question uppermost in their mind is usually to ask me to tell them honestly exactly how much capital they need to get going.  Of course this is a very logical and important consideration that absolutely should be taken into account before you get started. And I say the same to everyone who asks: I always tell them that actually you really need very little to enable you to purchase your first batch of stock to resell.

Back in 2005 I spent around £150 on the purchase of my first small wholesale lot, but now, eight years on, I suggest that you make available around £200 – £250 to enable you to get started. You can do it on less, but obviously it will depend on the cost of the product you decide to sell. I’m assuming that you already have a laptop or PC, a camera or camera phone and a printer as most households have these already. If not then you will need access to all of these in order to run an online business successfully.

I realise that you may not have a spare £200 – especially in these tough economic times – so this week I thought I’d share with you a fun way to raise some capital to make it easier for you to get started from scratch if you are completely new to online selling.

Years ago I used to really enjoy going to Car Boot sales from time to time – not as a buyer, but as a seller. I would regularly have a good old clear out, load up the car with my ‘junk’, throw in the pasting table and off I’d go at the crack of dawn down to my local racecourse where a Car Boot sale was held every Sunday morning.

This was quite a long time before I started my own online business and I used to do it simply to make a bit of extra cash once every few months. It’s true when they say ‘one man’s junk is another man’s treasure’ because I used to regularly make over £100 from the bits and bobs that were sitting in my house taking up space and gathering dust.

So, thinking about raising some cash to buy your first wholesale lot or items, it’s perfectly possible that instead of just having a general clear-out at home and selling your own personal stuff, instead you can purchase some stock of small items from a cash and carry or a ‘pound lines website’ for say between £50 and £75 and then sell these items on at double the price at a Car Boot sale, thus doubling your money to spend on stock to sell online. If you can scrape together £50 then this is feasible.

You might be thinking, why go to the trouble of buying stock at a cash and carry and then selling it at a car boot sale just to make money to buy stock for eBay – isn’t that going round the houses a bit! You might ask why you shouldn’t just cut out the ‘middleman’ – in this case the Car Boot sale – and buy some items from a cash and carry and list them directly online – for example on eBay or Amazon?

Well, you could do that, however the thing with selling online is that you do have to do your research and make absolutely sure that the items you are going to list will sell for a profit.

To be honest, a random batch of cheap cash and carry items probably won’t sell! Researching products properly is the key to selling successfully online – and if you have already reached this stage then my membership site The Source Report will help you with product ideas, suppliers and research info.

For now though, lets concentrate on those cash and carry and pound line items because these are ideal for Car Boot sales where you can reach a wide range of people from all walks of life who are mostly just looking for cheap knick-knacks – i.e. non specific items.

You know what it’s like, people go to Car Boot sales for something to do on a Sunday but they are never really looking for anything in particular. They just browse and buy things on a whim. A bargain is a bargain though and most can’t resist buying something whether they want it or not!

Now, some years ago, I did actually test this strategy out – and I lived to tell the tale, even after beating off the rabble who tried to actually climb in to my car boot as I was unpacking my items – I hadn’t even got it out of the boxes and people were poking their noses into my car asking what I was selling – but don’t let that put you off, I told myself that obviously I had some very desirable products!

Anyway, I had for sale a range of goods that I purchased at random from this website: www.mxwholesale.co.uk in bulk.

I bought flexible laundry baskets in bright colours (to attract attention to my stall!) for 78p each, felt tip pens, hula hoops, footballs and bubbles all for less than a pound each (to attract the kids – a ruthless ploy I know but hey this was business) and I then added a few items of my own that I wanted to get rid of. My total spend was £42.96 plus delivery at £7.95 and VAT at £10.18 making a total of £61.09, so I spent just over £60 including delivery and had a total of 60 items to sell – so as an average, each item cost me £1.02.

My game plan was to buy cheap and make preferably 100% profit on each item I sold! And of course I had a strategy!

I made sure that instead of loading everything on to the table at once, I only put a couple of each item out at a time (to disguise the fact that I did in fact have multiples of each item) mixed in with my personal stuff, so that interested buyers assumed that the items were limited and if they wanted them they would have to buy now before someone else did. I was also careful to keep the money I made on my personal stuff separate from my purpose bought items so that I could see exactly how much profit I made.

My aim was to at least double my initial investment of £61, so I wanted to come home with about £122 or near enough with £61 of that being profit. Each item I had purchased cost me on average £1.02, so I needed to try and sell everything on my stall for around £2.00 per item.

Obviously I might make more on one item and less on another but it all gets averaged out in the end. This is just about right because to be honest, Car Boot sale buyers are looking to part with up to about £2.00 maximum per item they buy, whatever it is! And preferably much less if they think you are a pushover!

When I totted up my haul I made the grand total of £107 – this was largely due to the laundry baskets and footballs!

So all in all it wasn’t a bad morning’s work. Not quite the £122 I was hoping for but never-the-less a good mornings work. In the end I was £41 richer, after I had taken out the Car Boot entrance fee of a fiver and my stock costs, so in my book it was definitely worth doing and if I wanted to start selling online right now and wanted some capital, this is exactly what I would do again. Or even if you aren’t raising capital for anything in particular but just fancy earning an extra few quid – why not give it a try yourself?

I know that £41 isn’t huge riches, but if you set yourself a target and did say four car boot sales in a month and made between £40 and £50 each time, that’s a profit of around £200 a month, which is more than enough to buy you some wholesale stock.