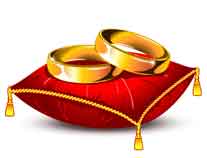 Well, I’m sure you’re going to be enjoying your extra day off today courtesy of William and Kate and are looking forward to another nice long weekend, so this week’s post is going to be quick, but extremely informative! Then, no work till Tuesday – hurrah!

I’m just back from a lovely week in Portugal so I’m still playing catch up but I’ll be taking time out shortly to go to a ‘Royal Wedding Party’ that some close friends have organized – they are setting up a huge TV in their garden so here’s hoping the weather holds!

I’m not so much going because I’m interested in Wills and Kate getting married (although I’ll probably have a quick gawk to see which celebs turn up at the church), more because I like any excuse for a party – there will be loads of lovely food and drink and it’s always nice to spend the day in good company and having a bit of a laugh!

Whether you are interested in the royal nuptials or not, herein lies a bit of a business opportunity which shows how to sell Royal Wedding memorabilia on eBay. I’m going to outline it for you right now…

Whilst researching online recently I uncovered some interesting figures from The Centre for Retail Research (CRR) who have announced that the Royal Wedding is expected to generate an extra £515.5 million in retail spending of which £76.9 million will be carried out online.

Around £57.7 million of Royal Wedding merchandise such as souvenirs will be purchased online and internet sales will account for almost 60% of purchases by overseas customers – and this is the important bit!

Although you should have been off the starting blocks before now in order to make some good income from the sale of Royal Wedding souvenirs such as thimbles, collectors coins, bone china and the like (as I detailed in the March issue of The Source Report), there is another opportunity available here that you can still cash in on if you are quick.

Over the last few months it’s been hard to turn anywhere without being bombarded with news about Kate Middleton and Prince William’s upcoming nuptials.

Magazines like OK! And Hello! have featured articles about Kate and her life growing up and in one week alone Kate appeared on the front pages of People magazine, Star magazine, OK! magazine and Us Weekly.

William meanwhile hasn’t been doing too badly himself – appearing on the cover of Gentleman magazine and featuring in most daily newspapers – alongside his bride to be of course!

And that’s just the tip of the iceberg. From today onwards, newspapers will be full of Royal Wedding features. Tomorrow and in the coming weeks every newspaper and magazine available will be running some kind of supplement, feature or article about the wedding itself. Expect limited editions, special editions and full colour supplements – much like when Prince Charles married Lady Diana Spencer. There will also be books – unofficial and official – all worming their way onto the market…

These items are exactly what you need to look out for in order to cash in.

I am aware that items like these might not interest you one little bit and obviously anyone living in the UK will be able to buy a copy of a newspaper containing a Royal Wedding supplement or a commemorative issue. However, across the pond it’s very different!

Americans love the Royals and they adore a good old Royal Wedding! Do you recall I mentioned those CRR figures earlier? 60% of purchases will be made by overseas customers. This is the key to some quick profits.

The allure of all things Royal to overseas fans – Americans especially – is the whole fairytale, showbiz thing coupled with the mythology of Olde Worlde Great Britain! The pomp, the pageantry and the ceremony. It all harks back to the old fairytale Prince and Princess theme which they so love.

So with this in mind, all those limited edition magazines, supplements and even run of the mill copies of newspapers and magazines featuring the wedding and of course the honeymoon will be worth something to collectors of Royal memorabilia and fans of William and Kate who reside overseas.

A newspaper will only cost you a few pence and a book or magazine just a few pounds and these are exactly the kind of items you can sell on for a profit specifically to those overseas buyers – either as individual lots or how about putting together a themed collection?

The secret to quick profits?

Advertise your memorabilia on eBay.com rather than the co.uk site to reach your exact target market.

You are in the perfect position to be able to snap up large quantities of inexpensive, yet important memorabilia like this for next to nothing because you are right here in the UK.

All you have to do is choose the best newspapers, magazines and books, keep them in pristine condition and then advertise them to overseas collectors. It’s as simple as that!

Now, this opportunity won’t be around forever but don’t forget, you’ll get a similar opportunity upon the birth of William and Kate’s first child as this will be another heir or heiress to the throne.

This idea is by no means the basis for a long term business but if you are looking for a short term opportunity that could bring you some extra income then this is for you!

I’m off now to enjoy my first ‘Royal Wedding Cocktail’ – yes there really is one (Gin, Dubonnet, Pomegranate and Lemonade, garnished with lemon, lime and a sprig of mint!).

Cheers and have a lovely, relaxing, long weekend!

As always I wish you the very best of success,