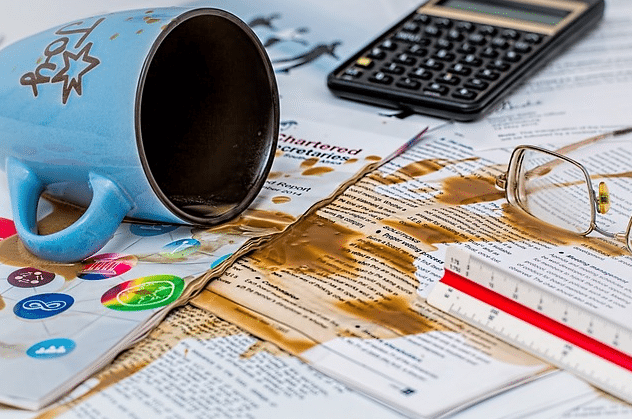 I admit it. I made a big mistake!

Just recently I listed around 20 items of clothing on eBay. These were all listed on my personal selling account as ‘used’ items because it was basically a heap of clothes and shoes that I no longer wear but that were in almost perfect condition.

Usually when I’m having a clear-out I end up with three piles – ‘bin’, ‘charity’ and ‘eBay’ and mostly the charity pile ends up as the largest pile, but this time included in my unwanted items were a couple of pairs of boots that I had hardly worn and were good in-demand brands and so I knew they could fetch a decent price.

So, I duly started listed my offerings, starting with the boots and this was at around 3pm on a Saturday afternoon. I went through the whole process, added my images, created my description and scrolled on down to the part of the sell your item form to enable me to schedule my listing for later.

Back I went again, then forward, until finally I clicked the list button and confirmation that my ‘item has been listed’ appeared on screen.

But wait…my item had already been listed – right then, at 3pm! I had scheduled it to start at 8pm. There must be some mistake?

Sadly not. My lovely designer boots were already live on eBay, as a quick search confirmed. I concluded that by going backwards and forwards so many times I had inadvertently unchecked the ‘schedule’ box – so it was entirely my own fault.

Anyway, there’s nothing wrong with that start time you might think, but actually there is. Because my listing started at 3pm, it would also end at 3pm 10 days later, which meant that it would now end at 3pm on a Wednesday.

Worst possible time EVER! Why? Well, most people are either at work or on the school run at this time so there’s limited chances that prospective buyers are browsing and so spotting ending items, plus if people do notice an item and pop it in their watch lists, it’s easy to forget to bid on something that ends in the middle of the day.

Basically, by not checking the scheduled start time was set properly I had damaged my chances of getting a top dollar bid on my boots.

I could have just ended the listing and relisted it with a scheduled time. But I didn’t – don’t ask me why. I just didn’t. It was a Saturday, I had 19 other items to list and I just wanted to get them done!

So what happened next? Well on Wednesday at 3pm my lovely designer boots sold for the princely sum of…. £3.20.

Yes, really. That is one hell of a fail and it’s just between us – let’s never mention it again, ok. I’ve only told you this story to make a point and that is this:

If you put your buyer/seller hat on there is an advantage here and I’ll explain why.

It’s simple really. You can sniff out bargains – just like my boots – which are listed by sellers who aren’t aware that ending items at ‘silly o’clock’ is a bad idea (obviously I’m not including myself here – it was a mistake – a simple mistake), and as a buyer – bid, win and then relist that very same item properly as a seller – i.e. at a decent time and with a decent listing and resell for a higher price.

In fact, I’m just waiting for my boots to appear for resale as we speak!

Obviously if you do this, you don’t want potential buyers to see what you purchased the item for so you would need to purchase on an alternative eBay account (an account you have set up purely for buying) and then resell on your other account.

Seriously, this is such an easy way to make a profit on products that just haven’t been listed correctly and there are plenty of bargains to be had.

Now here’s a second tip, this time for ‘pick up only’ items. Items that are listed and can only be collected from the seller’s address. These will often get less interest and fewer bids because of the limited catchment area and the inconvenience of travelling to pick something up.

But postage can always be negotiated! Simply contact the seller near the auction end time and ask that should you win can you arrange for a courier to collect the item from them. They don’t have to do anything; you arrange it all so there’s no extra work involved!

Nine times out of ten this will be fine with the seller and hey presto you’ve got yourself a bargain that others wouldn’t bid on due to the pick up only problem.

So, here’s a nice little extra strategy on the side for you. Buy low from eBay. Resell higher – on eBay. I have to say though that this does work best with branded items rather than unbranded.

You’ll need to search out the listings that are likely to get fewer bids. So you’re looking for listings that end at silly times like the middle of the night (or Wednesday afternoons!), or listings with poor keywords, misspellings, blurred images and uninformative descriptions plus of course those ‘collection only’ items.

You could spend ages looking round the site for these items – but help is at hand!

If you want to check out misspelled auctions and grab some bargains for reselling you can use these nifty tools. Simply go to Missing Auctions and have a play around to see what you can find.

Or alternatively try this one, Auction Typo which does pretty much the same thing.

And you never know, you might even find a bargain for yourself!

Now I know this method isn’t for everyone because it does involve doing some in-depth research and then tracking down those auctions which are likely to finish with very few bids, plus you’ll need to list different products each time rather than selling the same product over and over, however, this is a nice little strategy that you can use if you fancy a change from the norm or just want to earn a little extra cash on the side.