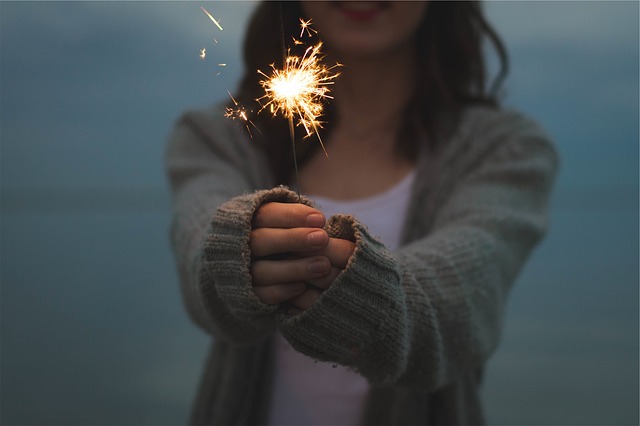 So, did you make any New Year resolutions? We are halfway through January already and I’m sure you probably made a few promises to yourself at the beginning of the month – whether it was to start or expand your online business, get a new job, lose weight, make more money, get fit, stop procrastinating, spend less, quit smoking, make more time for chilling out, drink less…I could go on! The important point here is have you given up already?

We all choose January 1st as the perfect time to make changes – ‘New Year, New You’ and all that – and of course we all have great intentions and there is absolutely nothing wrong with that – it’s good to have goals, feel motivated and start afresh but did you know that – according to a recent study at Pennsylvania’s University of Scranton – just 8% of people achieve their New Year Resolutions?

That is a tiny percentage isn’t it? In fact many people don’t even last a full 7 days! So how come so many people fail and is there a secret to succeeding?

Well firstly some of the reasons for failure don’t really need explaining. Most people will say it’s their lack of willpower or lack of support. But there is also another reason and that is ‘overload’.

So many people simply decide to tackle too much which is why things become complicated and you lose direction, whether it’s a personal or professional goal. For example take dieting, getting fit and quitting smoking – three very popular New Year Resolutions. Now, unless you are superhuman, achieving all three at the same time would, I think, be pretty impossible – imagine the lack of food, the increased exercise and tiredness (before your energy levels start to adjust) plus the potential nicotine withdrawal symptoms – that’s really just a fail waiting to happen!

It is though a fantastic aspiration and achieves ten out of ten for positive thinking, but every one of us has so many priorities these days and our brains are so full up of other ‘stuff’ all competing for attention that an approach like this is just not going to work. It looks daunting, it feels daunting, it becomes overwhelming, you get stressed and have a meltdown. You end up failing on all counts very early on.

It’s far easier to take things in stages. So maybe quit smoking first, then diet, then improve your fitness. And the same is true in business as well as on a personal level. If your New Year resolution is to start your own online business for example then don’t aim for 6 warehouses of stock, a call centre and immediate online sales on a par with Amazon!

Instead, set small, easily achievable goals with a timescale of months or to cover the whole year if necessary. This has the advantage of allowing you not to feel overwhelmed and each time you achieve one of those small goals you will feel encouraged and importantly motivated and ready to strive for your next goal one step at a time.

Of course it’s inspiring and can be great fun setting out your plans and imagining where you’ll be this time next month or this time next year BUT the difficulty comes when you start to have trouble achieving your over-inflated goals. You’ll feel frustrated, de-motivated and the negative thoughts will start to creep in. It’s only a matter of time then before you give up completely.

So, it’s important that your small goals and targets are achievable. You can stretch yourself later when you have achieved your first few goals. To put this into perspective. A resolution to ‘start an online business’ is much harder to follow than if you make a resolution to ‘start selling on eBay’ or ‘start selling on Amazon’ because it’s too vague. You need to break everything down into mini targets such as:

By 1st February 2014: Choose one product from the potential products list

By 7th February 2014: Source the chosen product at wholesale….

You must be specific and set out a clear path for yourself in bite-size chunks. This way you can also chart your goals – either with a very precise ‘To-Do’ list, a diary, a wall chart – whatever suits you and will keep your mini-goals at the forefront of your mind. You can reward yourself each time you achieve a mini-goal too – even if it’s just a cup of coffee or a piece of chocolate!

I remember a while back I received an email from one of my eletter subscribers who explained that he really wanted to get started with his business but he was worried about telling his friends and family what he was doing – incase they laughed at him! Well, why would they laugh?  Here’s someone who has bitten the bullet and decided to make a better life for himself – his friends and family should – and did, I later found out – offer him their support…and that’s why you shouldn’t be frightened to share your goals with your friends and family. Get it out there. Tell people what you are doing and what you aim is. The psychological thing behind this is that it actually makes you accountable.

You might be thinking ‘Well how embarrassing is that going to be if I fail?’ and if you are thinking that then you definitely need to shift your mindset because you’re on a negative footing before you even start! Remember, we are all living in an era of social networking, blogging and so on – it’s easy to chronicle your journey and it will give you that extra motivation and impetus to succeed.

It is to be expected that on your journey you will encounter hiccups and bumps and these are the danger times when you may feel like you want to abandon your goal and just give up however small your targets are. Working to your mini-goals will increase your chances of succeeding significantly but even setting small goals is not quite enough without the actual desire to succeed and the will to do it and that is where you have to be strong.

As I said earlier, those who fail to keep their resolutions will often blame their own lack of willpower and self-determination – because it’s the easy thing to do but your willpower is in your control! You have as much willpower as you want to have so it really is down to you.

Keep believing you can do it. And if you made a New Year Resolution and you’ve given up already, go back, look at your resolution with fresh eyes, split it into manageable chunks and try again. It’s not too late.