Could you be guilty of self-sabotage? 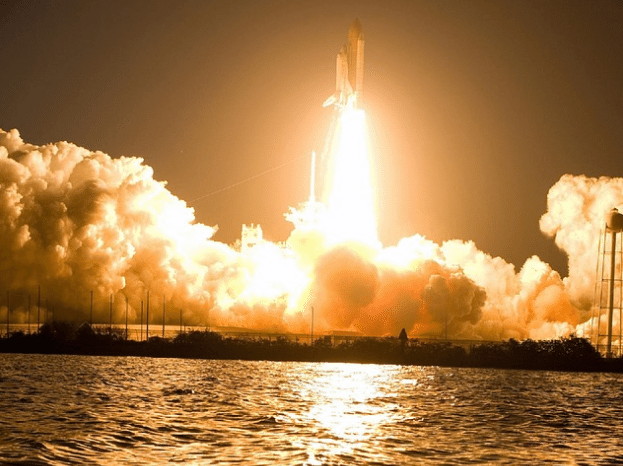 This time it’s not the detail that counts

In May 1961 John F Kennedy said: “I believe that this nation should commit itself to achieving the goal, before this decade is out, of landing a man on the moon and returning him safely to the earth.”

That’s a huge statement to make and when JFK uttered those words, as part of his address to Congress on Urgent National Needs, I’m pretty certain that he had no clear idea how this was actually going to happen. Of course there were also plenty of skeptics who questioned whether NASA would be able to meet this seemingly extraordinary deadline.

Eight years and two months later, in July 1969, Neil Armstrong and Buzz Aldrin landed on the moon and made history in the process.

Why am I telling you this? Because I want to make it clear that when you have an idea or a dream or a goal that you want to make a reality, you don’t have to have all the finer points organised, mapped out and set in stone before you can make it happen.

JFK wasn’t bogged down with the details of the how’s, where’s and who’s when he made his thoughts public, he was just absolutely sure he wanted a moon landing to happen. Once the idea was out there, then it would happen somehow.

And I get that

It’s scary deciding to take the plunge and there’s nothing wrong with being a little bit fearful.

However, there’s a difference between those simply not being brave enough to make a decision and what appears to be a worryingly high proportion of those who are masters of self-sabotage.

By self-sabotage I mean that you can be susceptible to overthinking things. Things that don’t matter right now become worries and ultimately become the things that eventually put you off from continuing on a particular route or sometimes even getting started.

An example of this appeared to me very recently when I received an email from a gentleman who had purchased one of my home study programmes around six months previously and wanted my advice on whether he should register as a limited company or as a sole trader.

He also wanted to know whether he should get an accountant or a bookkeeper or do his own accounts.

Now, as a rule, I don’t give advice on this aspect of selling online.

Firstly, because I am not professionally qualified to do so and secondly all individuals circumstances are different and so there is no one size fits all answer, however, this gentleman didn’t offer any background information at all such as how long he had been trading, or an approximation of his current turnover or his plans for expansion and future income so I responded to his email asking for a few details so that I could point him in the right direction.

I was stunned by his response. This gentleman hadn’t actually started trading at all. He had no idea of the niche he wanted to sell within, hadn’t researched any products and it later transpired that he didn’t even have an eBay account set up. I also discovered that he had been deliberating over his dilemma for the last few months.

Why, why, why was this gentleman getting hung up on these details when he didn’t know what or where he was going to sell, hadn’t done any product research and didn’t even have a business name?

This is an example of self-sabotage. If you make your dream appear difficult there’s a strong chance you will give up before you’ve started and in your mind, you’ll have a valid reason for doing so. In this case, ‘setting up a business was too complicated because there were too many options involved’.

And this is a good point

If you do have too many options in front of you, you can literally freeze up and start worrying about things that don’t even need worrying about – like accountants and limited companies and headings in columns on spreadsheets and so on.

But you can stop this ‘self-sabotage’ messing up your chance to succeed simply by being decisive and taking action immediately rather than trying to get all your ducks lined up beforehand. This way you’ll produce less worries, fewer options to get hung up about and more positive decision making.

Once you’ve made the decision to sell online – do it. Don’t waste time on creating an in depth filing system for your accounts – that’s no use to you if there are no purchase orders or invoices to put in those files.

Don’t waste time hiring a bookkeeper – he’s no use to you if you’re not bringing in revenue. Don’t waste time setting up a limited company – if you haven’t got a business name you will struggle to be taken seriously! I could go on but I’m sure you get the idea.

The important things to do are often the things that you are actually fearful of doing. For example, researching products, contacting suppliers, negotiating prices. That’s why you put them off for as long as possible because deep down you don’t want to do those things and you’re happy to deal with the stuff that makes you feel like you’re progressing.

You tell yourself that the ‘planning ahead’ you’re doing is real work, but really you are using it to avoid getting started for real. To put it bluntly, you’re avoiding the hard work and dealing with the trivial things. But look, you’re not really progressing by doing that other stuff. It’s not making you any money!

So, have a think about what’s important to you or whether you could be self sabotaging your dream by creating issues that needn’t be there.